What Is This Game About?

Wicker Man is about a rag-tag crew of outcasts -- rogues, misfits, mutants, and occultists -- who make their living collecting items and people from bottle realities, heavily magickal and dangerous pieces of space-time that trap their inhabitants in an eternal time loop. It's a bottlepunk take on Blades in the Dark .

What the Fuck is Bottlepunk?

There really are too many "punk" genres aren't there?

Bottlepunk covers things like the Scarfolk novels, Riverdale Hellmouth, the Agent Patriot TV series New Amsterdam Uprising, and to a lesser extent works like Welcome to Night Vale, Dark City, the YouTube series "The Never," and the webcomic "Sleepless Domain." And, of course, the 2018 remake of The Wicker Man.

Most bottlepunk works involve a place that is cycling through about a decade of time, which warps the timeline of the place, making it more occult and horrific. It's the 70s in the Scarfolk novels, the 50s and 60s in Riverdale Hellmouth, and the 1980s in New Amsterdam Uprising. Most bottlepunk works throw in a bit of black humor with their horror.

Wait, Some of That Shit Ain't Real, Is It?

This game was written for a game jam that involves imagining some things you wish were real and acting as if they were. So yes. But at least some of the inspirations are real, or as real as fiction gets, mmm?

What's This About a Crew?

In addition to creating characters, you’ll also create the crew by choosing which type of enterprise requires you to move between bottletowns and the mundane world. You will also choose the method or vehicle by which you pass the barrier that seals the bottletown away from the rest of spacetime.

So When We Sit Down and Play for a Night, How Does that Go?

A session of Wicker Man is like an episode of a TV show. There are one or two main events, plus maybe some side-story elements, which all fit into an ongoing series. A session of play can last anywhere from two to six hours, depending on the preferences of the group. During a session, the crew of outcasts work together to choose a job to accomplish, then they make a few dice rolls to jump into the action of the mission in progress. The PCs take actions, suffer consequences, and finish the operation (succeed or fail). Then the crew has downtime, during which they recover, pursue side-projects, and release stress. After downtime, the players once again look for a new opportunity or create their own goals and pursuits, and we play to find out what happens next.

What Do They Call Those Who Move Between the Mundane and the Bottletowns?

That's an oddly specific question. But they're called "breakers." They break in and out of the bottles.

Wait, Is This Game Complete?

It's an almost-playable beta. It will get updated and expanded. Comments welcome.

What If I Have Other Questions? 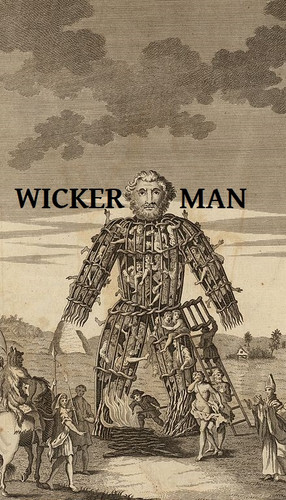