This is a roleplaying game I wrote back in 2005, back in the heyday of the Forge. I've added a much-needed note about safety tools, and released it into the Creative Commons. If you find something valuable in it in 2019, do what you will!

The central mechanic of Unsung is that when under stress, a character may have a moral Lapse, at which point the player loses control of the character. All the other players, and the GM, then vote on what the character does. This leads to some interesting play, but it's also why it needs safety tools.

Below is the original ad copy for the game. CW: police violence, gore

EVEN JUST A SHARD OF HONOR CAN BE A SHIELD.

They are ordinary mortals, yet they are put in extraordinary situations.

Candy lined up her shot, secure in her warm sniper's nest. She had a clear shot at the perpetrator's hand, and the gun in it. But just as she squeezed the trigger, he moved. As Candy's shot rang out, the perpetrator fired at the hostage he was pointing at, and she went down.

"GODDAMN IT," shouted Candy over her radio, to the rest of her SWAT team. "YOU LITTLE? STAY STILL!"

Everyone faces moral choices. It's just some are harder than others.

A wonderful headshot opened up. She didn't have permission to take it, and the way the guy was moving, it wouldn't last long. She took a deep breath.

And sometimes, you make the wrong choice.

This isn't appropriate behavior, she thought, because she knew she was going to take the headshot anyway.

The man in the bank look ed up, mouthed "oh no" and then his head exploded like an overripe tomato.

ON THE FRONT LINE, A SINGLE STEP WILL CARRY YOU OVER.

All you need is a twenty-sided die, three or more friends, and the desire to explore morality under pressure. Can you make the right choice?

Cool, thank you! I've been meaning to do a second edition for years now, which would probably spark more interest...

Got this RPG. I really, really need to find people to play it with. The concept is just too cool.

Glad you like it! It's been real intense every time I"ve gotten it to the table. 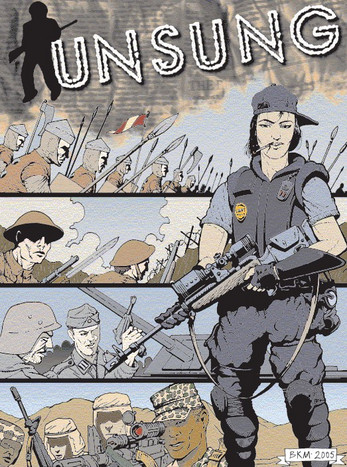 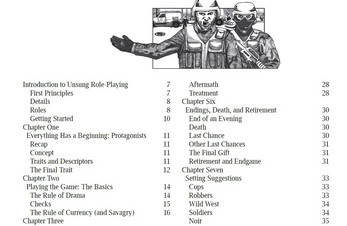 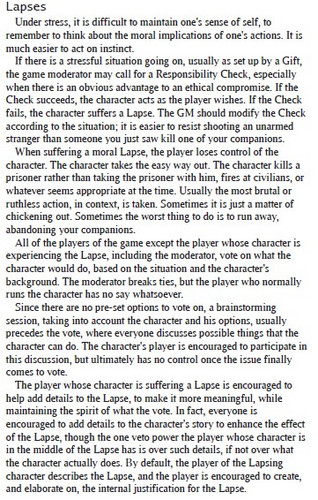 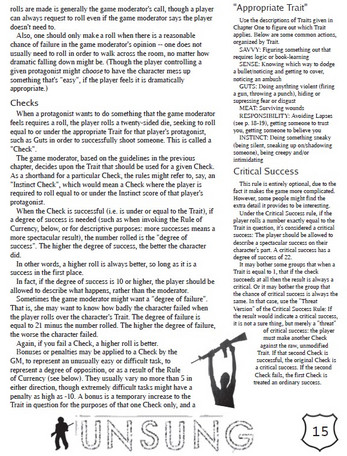 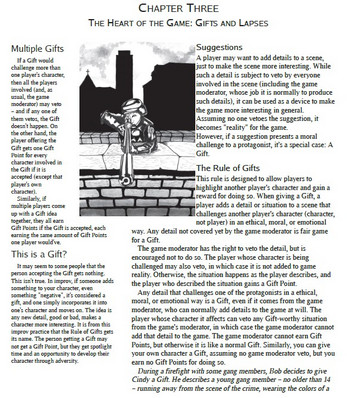